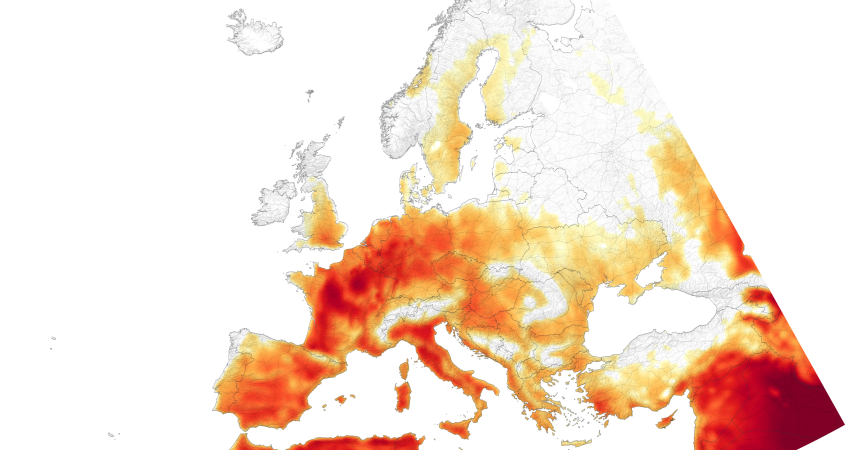 July was remarkably warm, in fact July’s average temperatures—for both land and sea–were the highest monthly temperatures ever recorded since 1850.  This image from NOAA illustrates some of the more noteworthy records set last month.

I should also mention that Berkeley Earth (http://berkeleyearth.org), in their summary of 2018 global temperatures published early this year, estimated that 2019 would “…likely… be warmer than 2018, but unlikely to be warmer than the current record year, 2016.  At present it appears that there is roughly a 50% likelihood that 2019 will become the 2nd warmest years since 1850.” As of August 15, they are now predicting a 90% probability of this occurring.   This screenshot from Robert Rohde’s (BerkeleyEarth) Twitter feed illustrates long-term weather stations (those with at least 40 years of records) that have reported a daily, monthly or all-time record high temperature from May 1st to July 31st.  Looks like a sea of red!

Some of the more attention-grabbing aspects of the late July heat wave came from Greenland.

Warm air masses from Europe arrived over Greenland late in July and early August, causing record-setting melting across about 90% of the ice sheet during a five-day event.  Melt area reached 154,500 square miles, 18% larger than the 1988-2017 average. The record warmth established an all-time high melt event for this monthly period, and total ice mass loss for 2019 is nearly equal to that of 2012, the year of highest loss for the satellite-era.  (National Snow and Ice Data Center Greenland Today)

It’s not all about the records!

Considerable attention has been given to elevated Arctic temperatures, increased ice-sheet melt and its contributions to sea-level rise,  and low seasonal sea-ice coverage, but several other issues attending warming air and sea temperatures warrant discussion as well.   Over the longer term—decades, not days, warming temperatures are measurably impacting terrestrial and marine ecosystems.  These “slow” ecosystem changes aren’t as attention-grabbing as all-time records of high temperature or ice melt, but are one of the distinguishing characteristics of the Anthropocene. (see “The Anthropocene” tab on the Home page).  Let’s look at a couple of examples, one from terrestrial ecosystems, and one from marine ecosystems.

In a July 10 article (Hydrologic Intensity) the authors demonstrate in a more complete fashion than previous work, the linkage between rising air temperatures and acceleration of the hydrological cycle.  Their model incorporates both the supply of water (precipitation) and demand (evapotranspiration) between the surface and the atmosphere.  Reinforcing other research that suggests hydrologic intensification is occurring, the new research shows “widespread hydrologic intenstification from 1979-2017 across much of the global land surface, which is expected to continue into the future.”  The findings add a little more support to the likelihood of a climate future where there is “increased precipitation intensity along with more days with low precipitation.”  The temporal and spatial distribution of hydrologic intensification will have important consequences ranging from urban flood control to the management of  agroecosystems—an issue of considerable importance as population rises this century.

Marine fisheries are also significant food sources for global populations.  In an article published in March (Science https://science.sciencemag.org/content/363/6430/979) researchers looked at 235 marine fisheries (fish and invertebrates) from 38 ecoregions, representing one-third of reported global catch.   They  concluded that there has been a statistically significant decline in the maximum sustainable yield of 4.1% from 1930 to 2010 that is linked to warming oceans. Five of the ecoregions had losses of 15 to 35%. The authors conclude that “ocean warming has driven declines in marine fisheries productivity and the potential for sustainable fisheries catches.”  These trends are exacerbated by overfishing, but sound management plans incorporating temperature-driven trends have the potential for remediating these changes.

Both examples suggest that temperature-driven changes to key provisioning services of  terrestrial and marine ecosystems are of equal importance to the headline-grabbing temperature and ice-melt records of the last month.  These changes are “slow-motion” impacts of a warming world; like rising sea-levels, ecosystem changes will have profound impacts, but are invisible over short-term news and policy cycles in which we appear to be ensnared. 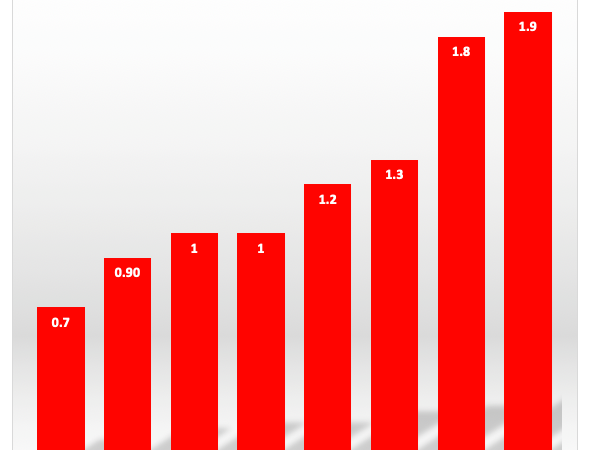 Yearly global surface temperature from 1900–2017 compared to the 1981-2010 average (dashed line). The different colors represent different research groups’ analysis of the historical temperature record. NOAA Climate.gov graph adapted from State of the Climate in 2017. Details on the datasets can be found in Table 2.1 and Figure 2.1 in the report.

At +1.7° C, the mean annual surface air temperature (SAT) anomaly for October 2017-September 2018 for land stations north of 60° N is the second highest value (after 2016) in the record starting in 1900.  Currently, the Arctic is warming at more than twice the rate of global mean temperatures; a phenomenon known as Arctic Amplification.  Recorded annual mean Arctic temperatures over the past five years (2014-18) all exceed previous records.

Global temperatures have been trending upwards, above the long-term average for more than 40 years.

The period since 2015 has seen some of the warmest years since 1850. The probability distribution shown below clarifies this; note how 2016 was markedly warmer on average than earlier years.

Distribution of warming is uneven, but as in previous years, 2018 was characterized by very strong warming over the Arctic that significantly exceeds the Earth’s mean rate of warming.

*the temporal average between May and July 2018 as considered Global Concurrent Warm and Hot 2018 event, in short, GCWH18 extreme event.

Business As Usual Projections of Global Surface Temperature Will Push Global Temperatures Above 1.5 degrees C by 2035.

We are gathering important metrics of the global geophysical changes that characterize the Anthropocene and putting them in one place.